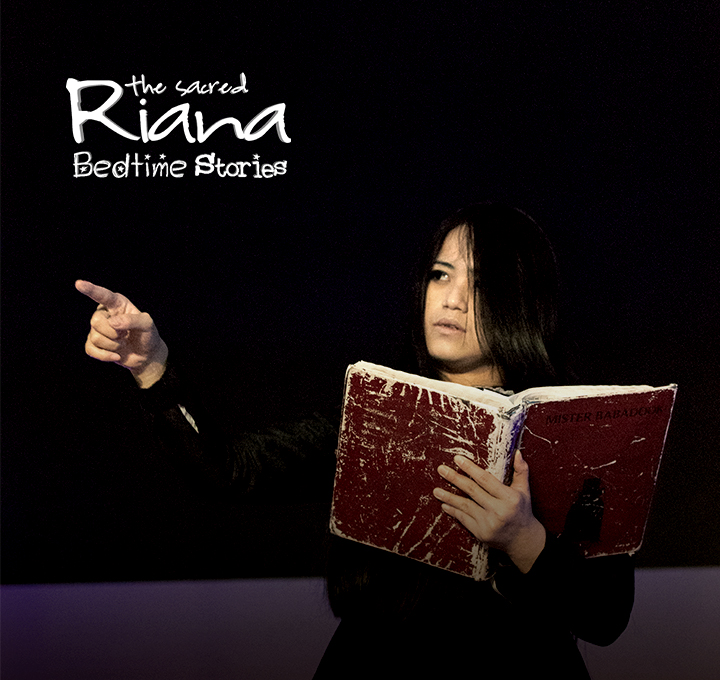 JAKARTA, Aug 27, 2019 – Fremantle and Wahana Kreator Nusantara today announce a creative partnership on several new scripted projects. The first of which will be The Sacred Riana: Bedtime Stories, starring Indonesian magician and illusionist The Sacred Riana.

The Sacred Riana: Bedtime Stories is an English-language, Asian horror anthology series set around the continent and inspired by folklore and urban legends. Each self-contained, stand-alone episode has a unique cast and storyline, delivering Asian horror to a worldwide audience. The show will also feature The Sacred Riana’s magic and illusions.

The Sacred Riana debuted internationally with her unique and horrifying magical act on Asia’s Got Talent, ultimately winning and later competing on America’s Got Talent, where she advanced to the semi-finals and generated over half a billion views on YouTube. Riana’s recent cameo on the latest Asia’s Got Talent broke the world-record for views on the Facebook Watch platform.

Chris Oliver-Taylor, CEO, Asia Pacific said: “The Sacred Riana: Bedtime Stories is an outstanding addition to Fremantle’s global drama slate.” Oliver-Taylor, who prior to joining Fremantle led the commissioning of International drama programs such as Glitch (ABC/Netflix), Deadline Gallipoli (Foxtel), Nowhere Boys (ABC/BBC/Amazon) and Secret City (Foxtel/Netflix) with NBCUniversal added: “The fact that we are developing an international drama for the world stage, led by an Indonesian superstar such as The Sacred Riana, just shows us all how our industry is changing and great content can come from all corners of the world.”

Sakti Parantean, Co-Managing Director, Indonesia, Fremantle, said: “The Sacred Riana: Bedtime Stories is a really fun, exciting project and we are looking forward to it. Chris Oliver-Taylor has been incredibly supportive and with our new partnership with Wahana Kreator in place our entrance into the global VOD and OTT [over the top] scripted markets will be smooth.”

“We are really excited about our partnership with Fremantle and thrilled to be involved with The Sacred Riana: Bedtime Stories”, said Salman Aristo, CEO of Wahana Kreator Nusantara. “Fremantle is an ideal partner to support us in developing the episodic drama, Ex Addicts, based on our Klub Kecanduan Mantan podcast, which was recently released on the Joox music streaming platform” he added.

Ex Addicts is a romantic comedy series centered around the lives of a group of quirky people with one common ailment: they can’t get over their exes. In desperation, they establish a support group to help them in their efforts to move on.

Both Ex Addicts and The Sacred Riana: Bedtime Stories are currently in development and head to market later this year. Further titles are slated for development in 2020.
For more information, please contact:

ABOUT FREMANTLE
Fremantle is one the largest and most successful creators, producers and distributors of scripted and unscripted content in the world. A global entertainment powerhouse, Fremantle has an outstanding international network of production teams, companies and labels in over 30 countries. We produce in excess of 12,000 hours of original programming, roll out more than 60 formats and air 450 programmes a year worldwide. The group distributes over 20,000 hours of content in more than 200 territories. We are also a world leader in digital and branded entertainment, with more than 300 million subscribers across 1,400 social channels and over 100 billion views across all platforms.
We are part of RTL Group, a global leader across broadcast, content and digital, itself a division of the international media giant Bertelsmann.
Contacts:
Sakti Parantean – Mobile: +62815 8412 8782, Email: sakti.parantean@fremantle.com
Victor Ariesza – Mobile: +62815 1038 1205, Email: victor.ariesza@fremantle.com
For more information, visit www.fremantle.com, or follow us @FremantleHQ and visit our LinkedIn and Facebook pages.

ABOUT WAHANA KREATOR NUSANTARA
Wahana Kreator is a research and story development based, company that produces high quality creators and content. Our business unit consists of Wahana Edukasi, a workshop focusing on Indonesian content creator regeneration, Wahana Penulis that researches the demand and develops interesting stories for the target audiences and Wahana Dimensi that nurtures the ideas and the process with skilled and professional production teams to produce interesting content.