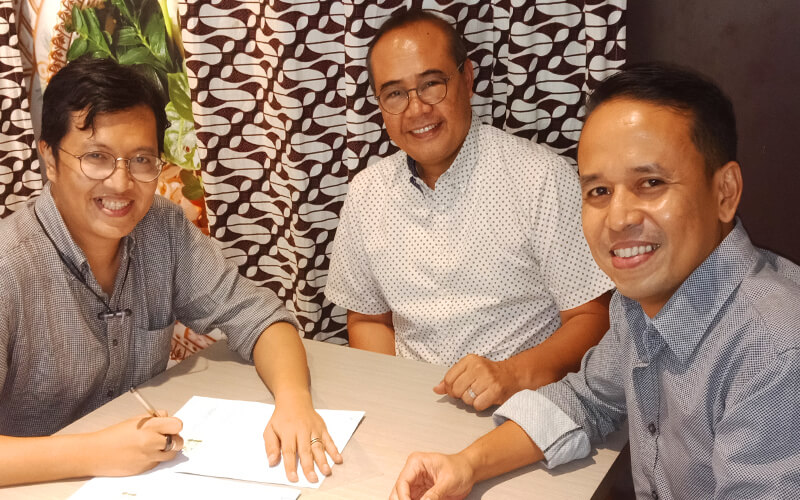 The New Fremantle and Wahana Partnership, Soon To Announce A Slate of Scripted Titles

Chris Oliver-Taylor, CEO of Fremantle Asia Pacific, who oversees Fremantle Indonesia said: “This new partnership will be a game-changer for our friends and colleagues in Indonesia.” Oliver-Taylor, who prior to joining Fremantle led the commissioning of International Drama programs such as Glitch (ABC/Netflix), Deadline Gallipoli (Foxtel), Nowhere Boys (ABC/BBC/Amazon) and Secret City (Foxtel/Netflix) with NBCUniversal added: “This collaboration between the teams from Fremantle Indonesia and Wahana will be an unstoppable creative force.”

“We are thrilled about our collaboration with Fremantle”, said Salman Aristo, CEO of Wahana Kreator Nusantara. “Fremantle is the ideal partner to collaborate with to develop and deliver new, imaginative, rich scripted stories”, he added. “We will soon unveil the new slate of scripted content from the Wahana and Fremantle partnership and will continue to work closely together, to develop more titles for our 2020 slate.”

About Fremantle Indonesia
Fremantle is one of the largest and most successful creators, producers and distributors of scripted and unscripted content in the world, with an outstanding international network of production teams, companies, and labels in over 30 countries. Fremantle produces more than 12,000 hours of original programming, roll out more than 60 formats and air 450 programs a year worldwide. The group distributes over 20,000 hours of content in more than 200 territories. Fremantle is also a world leader in digital and branded entertainment, with more than 300 million subscribers across 1,400 social channels and over 100 billion views across all platforms.

About Wahana Kreator Nusantara
Wahana Kreator is a research and story development based, company that produces high quality creators and content. Our business unit consists of Wahana Edukasi, a workshop focusing on Indonesian content creator regeneration, Wahana Penulis that researches the demand and develops interesting stories for the target audiences and Wahana Dimensi that nurtures the ideas and the process with skilled and professional production teams to produce interesting content.